Read in other languages: 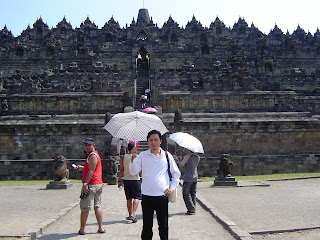 Borobudur is a ninth century Mahayana Buddhist monument in Magelang, Central Java, Indonesia. The monument comprises six square platforms topped by three circular platforms, and is decorated with 2,672 relief panels and 504 Buddha statues. A main dome is located at the center of the top platform, and is surrounded by seventy-two Buddha statues seated inside perforated stupa.
The monument is both a shrine to the Buddha and a place for Buddhist pilgrimage. The journey for pilgrims begins at the base of the monument and follows a path circumambulating the monument while ascending to the top through the three levels of Buddhist cosmology, namely, Kamadhatu (the world of desire); Rupadhatu (the world of forms); and Arupadhatu (the world of formless). During the journey, the monument guides the pilgrims through a system of stairways and corridors with 1,460 narrative relief panels on the wall and the balutrades. 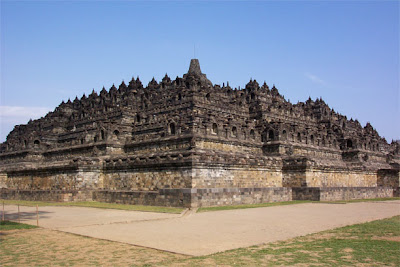 Evidence suggests Borobudur was abandoned following the fourteenth century decline of Buddhist and Hindu kingdoms in Java, and the Javanese conversion to Islam. It was rediscovered in 1814 by Sir Thomas Raffles, the British ruler of Java. Borobudur has since been preserved through several restorations. The largest restoration project was undertaken between 1975 and 1982 by the Indonesian government and UNESCO, following which the monument was listed as a UNESCO World Heritage site. Borobudur is still used for pilgrimage, where once a year Buddhists in Indonesia celebrate Vesak (Waisak) at the Borobudur monument, and it is Indonesia's single most visited tourist attraction. 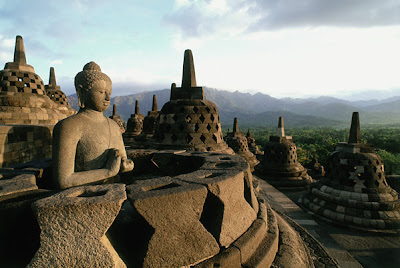 But frankly speaking, I think quite many of the statues were stolen. Comparing the first and the last time I had visited Borobudur, I feels like so many statues was beheaded. Anyhow I can't be very sure because the first time I visited Borobudur was more than 20 years ago. And now I can just hoping the authority will be able to take a good care of this great monument for a long - long time. 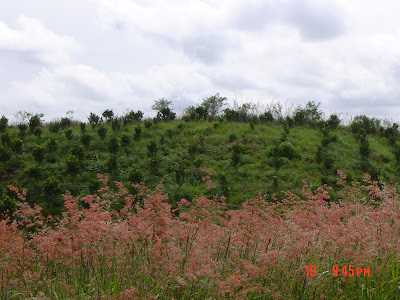 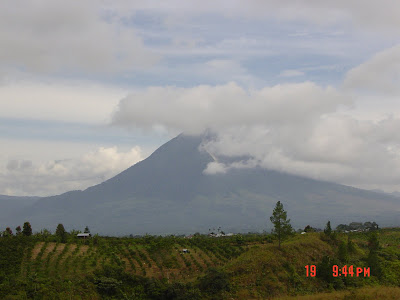 Gong Xi Fa Cai, today is 7th February 2008. A Chinese Lunar New Year, the celebration to welcome a spring in China. And it means a celebration for all Chinese around the world. Visiting families, giving ang pao / hung pao (red envelope) to kids (only married person is allowed to give), changing regards and of course a feast (mostly started one day before New Year).

But this year Chinese Lunar New Year means a lot different to me. Two years ago I lived in Tainan City, Taiwan, and I went to Taipei to celebrate. Last year I lived in my hometown Medan, North Sumatra, Indonesia. I was home celebrating with my beloved family and doing my obligation to visit the elders and friends. 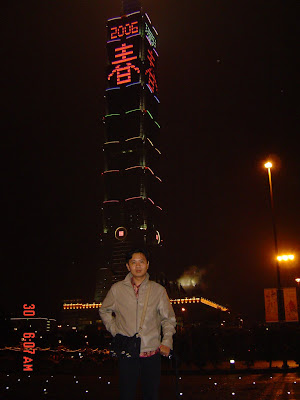 But this year, I'm all alone here in Jakarta. I rent a room in Jakarta since 15th January 2008 at Petak Sembilan (Square Nine) near Glodok the old electronic market in Jakarta. And why was that? The only reason is that I need to take a break - stay alone and only alone to fight for better future.
Today I woke up at 6:30 and called my family in Medan at 7:00. After that I lit on my cigarette and took a shower after finished smoking. Then I changed regards 'Gong Xi' with other tenants. Then I got annoyed by one of the tenant who is a junkies - kept borrowing my cell phone to make a call to her eldest sister asking for money. God Mercy, I hope he can stop this bad habit soon, or he will surely damned.

At 8:30 I walked out in my new shoes - this is important for Chinese who believe new shoes means a tool to keep out bad guys at the year. But after 5 minutes walk I was all wet - thanks to the rain. At 9:00 I went inside the Indonesian cuisine (a common meal actually) warung (= small restaurant) and ate my breakfast. Chinese usually won't spend money at the first day of New Year but what can I do as a single lonely man in a big city? I can only hope that the Magistrate of Good Luck (Chinese) or Lady Luck will give me much more in upcoming days than what I spend.
After that I went to internet cafe, spent an hour there playing RF Online and browsing, then went back to the house. There I saw something I never met before - so many pengamen (street singer/beggar) came into the house, they visited one house after one for small changes. I had counted 16 (sixteen) pengamen visited the house I live in two hours. The house owner showed me a box full of small changes she prepared for those pengamen. I had never seen this before in my hometown.

Then I spent few hours playing Rise of Nations on my laptop - ate lunch (hmm... nice grill pork) at house (the house owner was generous today, since food is not provided for tenant), spend few hours watching tv and talked to one of the tenant who came from mainland China. This China guy really impressed me, he came to Indonesia with his wife and son without an ability to speak Bahasa Indonesia (Indonesian language), he brings clothes, bags, accessories etc from China and sell it in Jakarta, as a street-hawker / street-trader, can you imagine that? I could never do that, and maybe you couldn't either - imagine that, a foreigner without communication ability, working as a streethawker at a foreign country. What a brave man.....

And now.. It's 23:43 already, a few minutes later and it would be the second day of the year. FYI Chinese new year celebration is 15 (fifteen days). :D And I'm still sitting infront of the computer, writing this blog and share my loneliness to all of you. But there is always hope, for a better day.

Good Night Indonesia
Note: A grammar correction will be always appreciated.
Posted by Disclosed Writer at 2/07/2008 11:08:00 PM No comments: